Rear Admiral James B. Linder was the last Commander of the U.S. Taiwan Defense Command.  He served in that position from August 1977 until April 1979.

RADM Linder accomplished one of the most difficult missions bestowed upon any commander -- to terminate an official command and close down all subordinate commands as well.  He accomplished this mission under the most difficult and contentious circumstances imaginable.  The switching of diplomatic relations from the Republic of China to the People's Republic of China evoked great anger and sadness from the people of Taiwan.  Despite major challenges from numerous sources, he accomplished his tasks skillfully and professionally and departed on the best of terms with his Taiwan counterparts and colleagues. 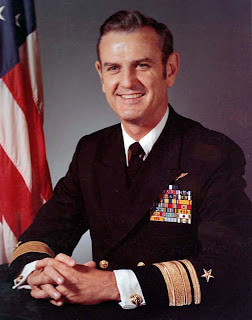 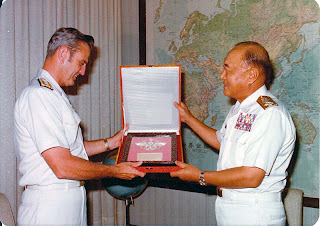 RADM Linder receiving award from ADM Soong (MND CGS)
(NOTE:  This plaque and photo will be displayed at the American
Footsteps in Taiwan exhibition in December 2010 and January 2011) 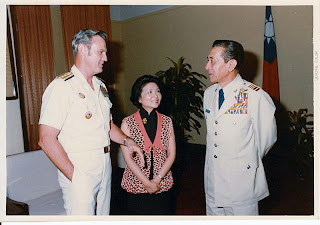 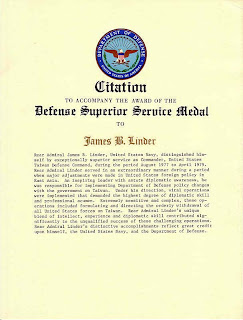 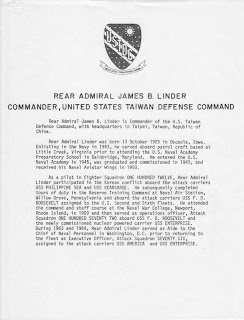 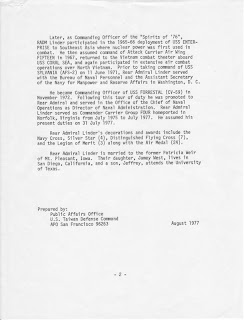