Do You Know Connie?

Connie is the daughter of an American serviceman and a woman from Taiwan. Here is her story:

"I was doing some research and found your USTDC website.   I was hoping that you may be able to shed some light as to how I can go about finding my biological father who was stationed in Taiwan from 1966-67 (?).   I am trying anything I can to get some answers.  Would you know of any way that I can [find the names of people] deployed in Taiwan during that time?

It is extremely difficult since I do not have his name, nor do I know if he was in the Navy or Air force, but I am guessing Navy. The only thing I have is a photograph of him.  He knew of my existence and he was the one that gave me my name, but that's all I know about him.

This story just breaks my heart.  My own father died when I was a child and I know how hard that was.  How much harder it must be to not even know your own father's name nor much of anything else about him. I've read about American servicemen who returned to the States with the intention of returning to Taiwan, but circumstances made that impossible. I recall at least one case where an individual did return but, despite his best effort, he was unable to locate his Taiwan family ever again. Perhaps her father was like one of those.

I'm not posting this story to create problems for anyone, but rather in the hope that Connie's dad has always wondered about her and would like to make contact with her while there is still time. Many years have passed since she was born and I think that reaching out to her is something that I personally would want to do, though I know that some might not feel that way. 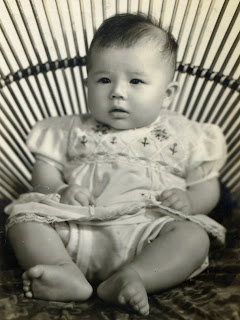 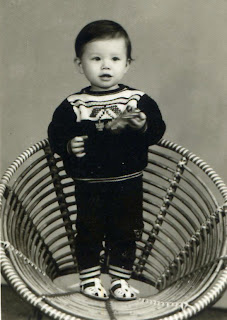 These photographs show Connie as a child. I also have photos of her mother and father but will not post them here for privacy reasons.  I can tell you that they lived well south of Taipei.  If you think you may be her dad, and if you would like to open a dialogue with her, please send me an email and we can discuss it further.
Posted by Don at 10/18/2011 07:56:00 AM 1 comment: