A big thanks to Les Duffin for sending in this invitation to an air show by the Navy's aerial demonstration team, the Blue Angels. The event was held at Tainan Air Base on November 16, 1971, and was co-hosted by the COMUSTDC, Vice Admiral Baumberger. 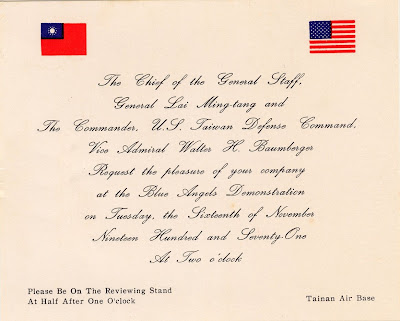 In 1971 the Blue Angels would have been flying these F-4 Phantoms, an aircraft that was also flying combat missions in Southeast Asia at the time. One of the birds crashed at an air show in Iowa a year earlier but the pilot punched out safely and nobody else was injured. 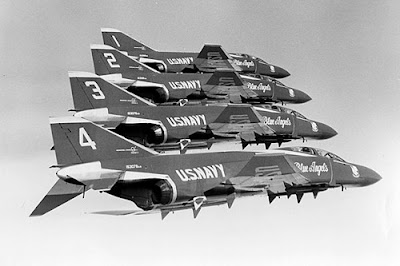 Here is a footage about Blue Angels' performance at Tainan AFB:
http://catalog.ndap.org.tw/?URN=3255135. Though the webpage is in Chinese, simply click on the "play" triangle and you will see the video play.

Very cool! Thanks very much for the link!