If you were assigned to USTDC, or anywhere else in the Taipei area, you undoubtedly passed through the Provost Marshall's Office (PMO) in the Headquarters Support Activity west compound. That's where you received the various identification cards and licenses that you needed to survive in the city.

I can't make out the last three signs, but you can see the general types of services that were provided here. 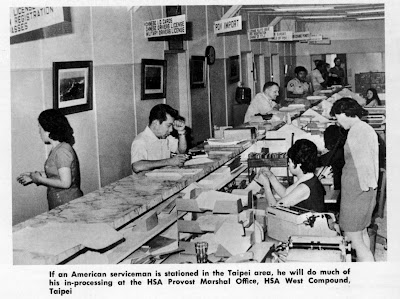 I once left my wallet in the backseat of a cab and had to visit PMO the next morning to replace all of my cards. I think I had to fill out a statement saying where I thought I lost it, etc., but that was about it.

About a month later someone turned in the wallet and I had to go back over to PMO to pick it up. It still had all my old cards and a couple of NT in it, but of course the few dollars I had in the wallet were gone. 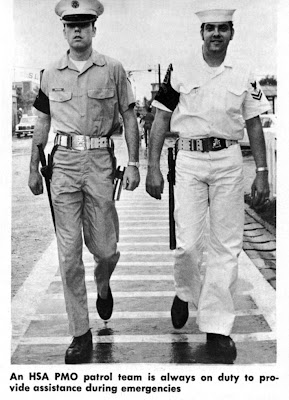