Old friend Kent, owner of the Taipei Air Station website and blog, returned from Taipei a few weeks ago and was kind enough to send me some snapshots of his trip.

Just when I'd finally gotten used to the idea that the old Headquarters Support Activity (HSA) west compound (where the BX, commissary, theater, library and USTDC were located) was replaced by a park, I now see that the park is being destroyed to accommodate an upcoming flora exposition.

Here are a few shots of the former east compound: 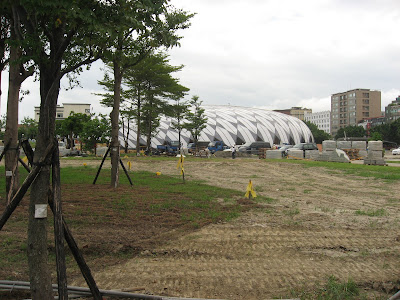 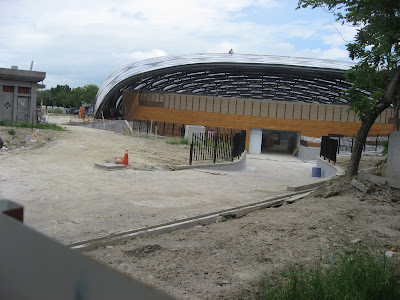 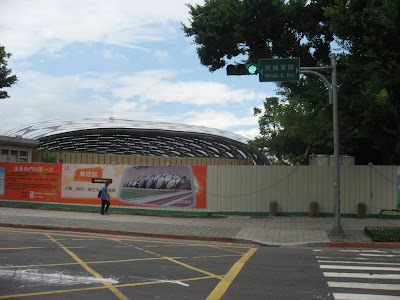 As you continue north on Chung Shan North Road, just before the bridge, you come to the turn that took you to the main entrance of the US Taiwan Defense Command headquarters building. Many of you will remember the Storybook House on the corner. 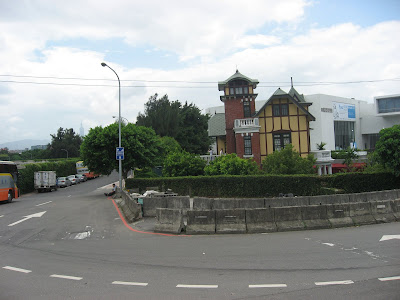 Just past the storybook house is now the modern art museum, located just to the west of the former TDC compound. The USTDC location is now a taxi rest area. I find that very depressing for some reason. 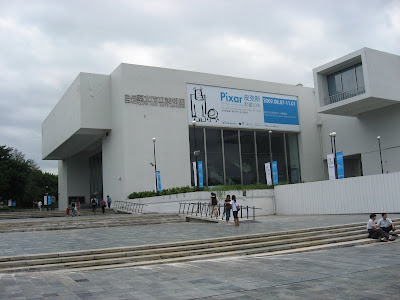 But even though most everything that I knew is now gone, I guess I'm at least a little bit comforted by this shot of a passenger aircraft coming in on final approach to the airport. I estimate that this photo was probably taken a few yards south of where the hostels were located. I've often written here about the passenger jets rattling my windows in the hostel as they flew overhead and it's good to see that this is one thing that has not changed. 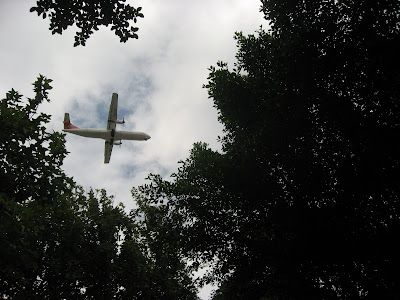 Those concrete barriers infront of the Taipei Story House are an abomination. They try to promote the area for tourists and it looks like Baghdad.

The barriers are an unfortunate reminder of the traffic mess that area suffers.