Here are a few more of Kent's photos from a few weeks ago. These were taken at The American Club in China, where the Club 63 (aka "China Seas Club") was formerly located. Kent says the place has been completely remodeled, which I'd expect since we left there about 30 years ago.

You can see the Grand Hotel in the background.

Kent confirmed that the stag bar building that used to be across the parking lot from the club when I was there is now gone. 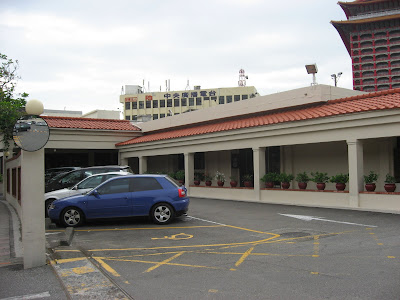 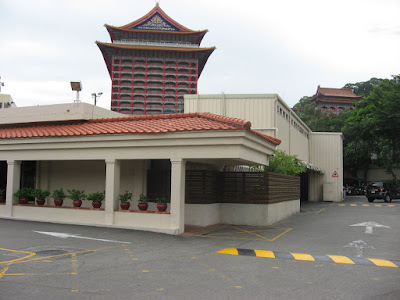 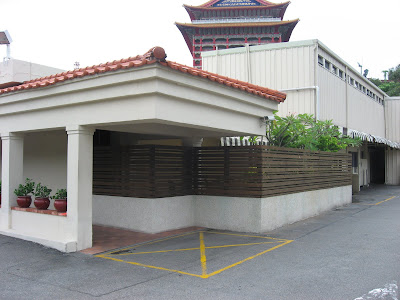 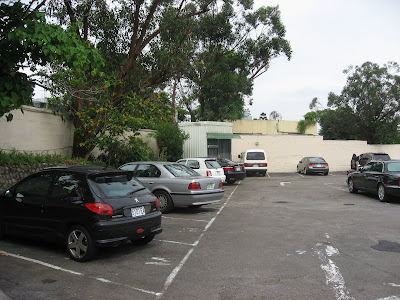 This lounge inside the club looks similar to one that was there in 1973-74, but I doubt if it's the same. 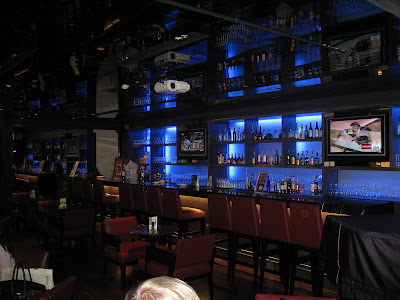 I'm looking forward to seeing more photos and comments from Kent and the others who were part of the "American GIs Returning to Taiwan" group. I'll post links to them as soon as they're available.
Posted by Don at 11/26/2009 02:11:00 PM

I have a question for Kent if you can see that he receives it. If I were to visit Taiwan, is there anyway I would be able to access the club for meals or drinks on a "guest" basis while visiting on vacation for a few weeks? Just wondering as it looks really nice. Also, what are their prices like?

The only way you can get in the ACC is if a member signs you in as a guest. If you walk in on your own you will be turned away regardless of nationality. They are quite strict on this. The staff working the desk know most members by face so trying to bluff your way in won't work either ;-) It's actually quite an expensive club to join. You need to put down a large bond and then there's minimum monthly fees. Prices are ok but you have to sign for your meals, no cash. Once apon a time companies setting up foreign offices in Taiwan would pay for all their executives to join but that's history now.

Also any notion of it being an 'American' club, for Americans, is incorrect. It's very much an international club.

That bar is 2 or 3 years old. Internally, the floorplan has been changed many times in the last 30 years.

I've been in when it was Club 63 and many times since. I am not a member though.

Did Kent and the visitors get inside? It's a shame if they didn't.