Barbara Auch has sent me all sorts of cool stuff to post, including these two postcard images that I don't think I've seen before:

I found these two postcards (1978 vintage) of the National Palace Museum from my visit there. The special exhibition I went to was focused on their cloisonne snuff bottle collection. I remember that the museum changed out all exhibits every three or four months. The exhibits that were removed were then put back in some cave for storage.

The history of their exhibits was rather interesting also. When the Communists seized the mainland and people were fleeing to the island of Taiwan, they took with them all kinds of artwork, pottery, etc. That is what was being displayed at the National Palace Museum...all the stuff they were able to take off the mainland with them.

We were stunned by the sheer volume of artwork and culture they were able to save.

"National Palace Museum located in the scenic suburb of Waishuanghsi, 20 minutes from downtown Taipei, Taiwan, the Museum has the world’s largest collection of Chinese objects, totaling more than 240,000 items, representing the essence of Chinese culture spanning more than 3,000 years." 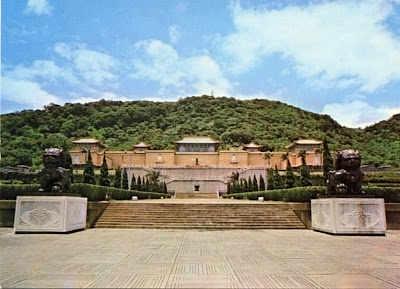 "The front gate of National Palace Museum located in the scenic suburb of Waishunghsi, Taipei, Taiwan" 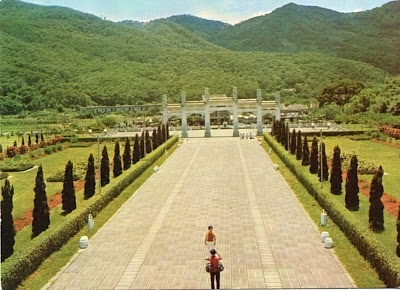