American servicemen who were being assigned to USTDC and other Taipei area units had much to learn about transportation in and around the city. Chapter 10 of The Taiwan Report provided a pretty decent summary of information, including such things as licensing and insurance requirements, maintenance and repair issues and the use of public transportation. Helpful tips for "Space-A" travel were also included.

Because I was unaccompanied, living in the hostel, and didn't own a car or motorcycle, my primary mode of transportation was taxi. I knew people who routinely rode buses (at very inexpensive rates, as I recall) but watching people being crammed into those fumes-spewing beasts was enough for me to either walk or take a taxi wherever I needed to go.

I do regret not exploring more of the city and the surrounding countryside during my 1973-74 tour. For that matter, I've learned quite a lot about places in the compound itself that I didn't know when I was there. I have a grandson who is in the Air Force in Japan and the last thing I told him before he headed overseas was to see everything he could, learn at least a little bit of the language, and take lots of pictures! 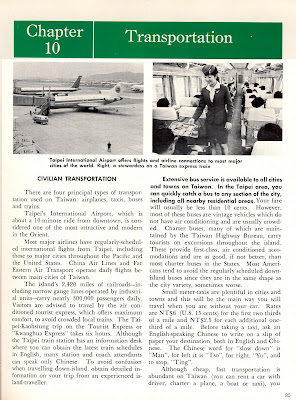 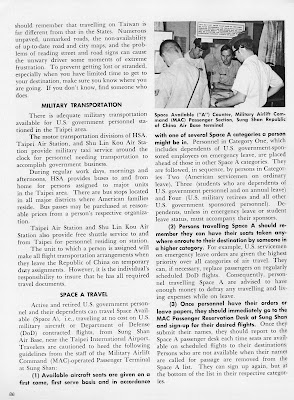 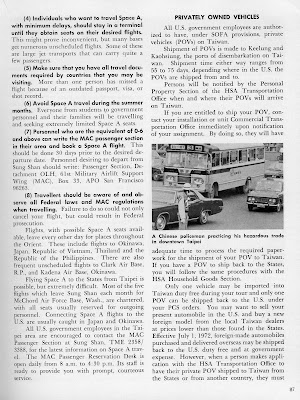 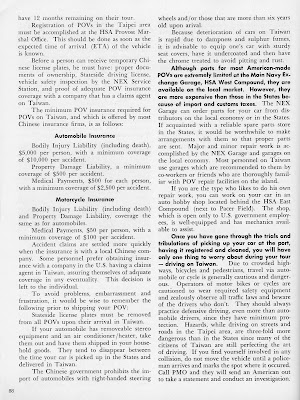