Open Messes and Other Clubs - Part 2

Here are the last three pages of Chapter Nine in Taiwan Report: 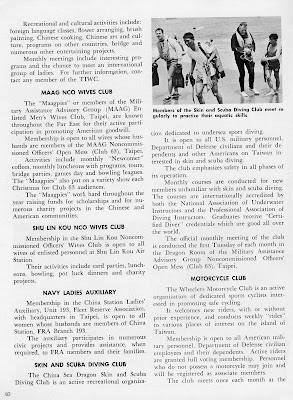 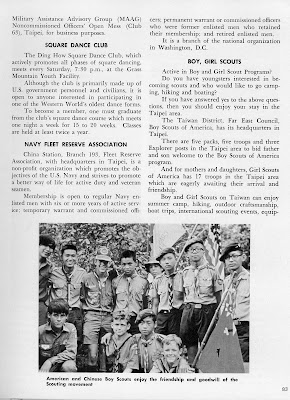 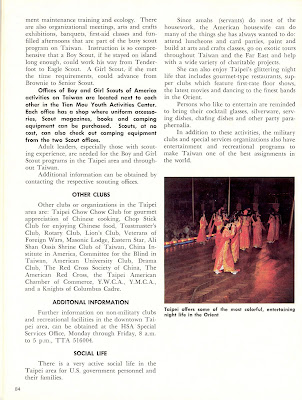 The first page of this section talks about the "Maagpies" that I mentioned earlier. They were NCO wives. I know they were very active at the Club 63 in my day.