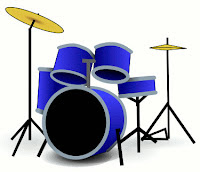 During my two tours in the Far East (Okinawa 1963-1964 and Taiwan 1973-1974) the enlisted clubs always had pretty decent house bands that played just about every night. They could play all the popular songs of the day and many other tunes as well. Basically, if there was a demand for it, they could play it.

Most of these bands, including the two that I was familiar with, were from the Philippines. We used to joke that Filipinos must all receive horns, drums or guitars at birth.

The house band at the 63 Club when I was there was called Conrad and His Band, and they were really good. The band's renditions of popular hits like the Doobie Brothers' China Grove were very close to the originals and the dance floor was often packed.

I remember that they had a beautiful young vocalist who sang lead for some of their numbers. She articulated each word and phrase as if she'd been singing them all of her life. However, I found out one day that she spoke almost no English. I don't think that any of the musicians did either, except for Conrad. I talked with him a few times and he seemed like a good guy.

I don't know whether it's true or not, but I was told that Conrad owned all of the house bands at all of the military clubs in Taiwan. The story was that he had some agreement with someone in the Taiwan government that only he was allowed to import any musical instruments into the island.