Old friend John Quinn advises that Master Chief Schreppel passed away in 2005 and is buried at Arlington.  John explained that Schreppel would have been the highest Master Chief in the command (MCPOC). SK was his rating (Storekeeper). 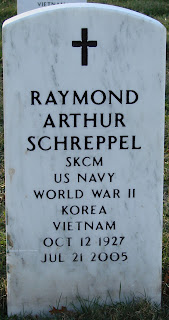 Taipei Scott just acquired this plaque that was originally given to Master Chief Petty Officer of Command (MCPOC) Schreppel during his visit to Taipei during March, 1974.   I'm guessing that Chief Schreppel was out of CINCPAC, but I haven't been able to find anything on him so far.  Does anyone recall him? 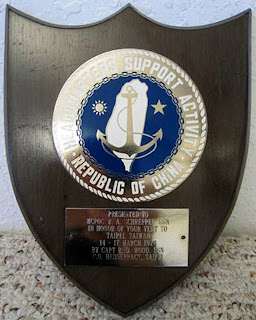 Email ThisBlogThis!Share to TwitterShare to FacebookShare to Pinterest
Labels: Memorabilia