Taipei Transports of the 1960s

Here's another group of photographs from Bill Amborn.  He wrote:

"Here is a small photo collection of ways in which goods and people were moved around in 1963-1965. I was intrigued by how things moved and stationed myself in a spot to photographed whatever came by. The photos were all taken in the same area, probably along Zhongshan Bei Lu. This is more part of the general history of Taiwan than anything to do with the military, a different slice than one might usually encounter.

I don’t know how much had changed in the ten years between my tour and yours, but now when I cruise around the roads on Google today, it is just incredible."

I believe I saw most of these methods of transport still being used during 1973-74, though probably far fewer of them than were around ten years earlier.  The exception would be the pedicabs.  I think they had been banned from the streets of Taipei by then. 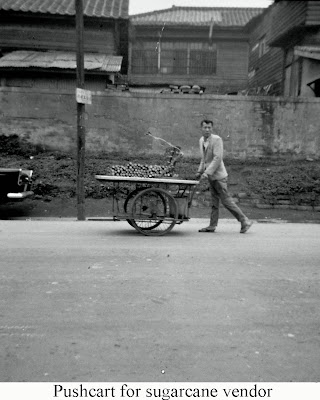 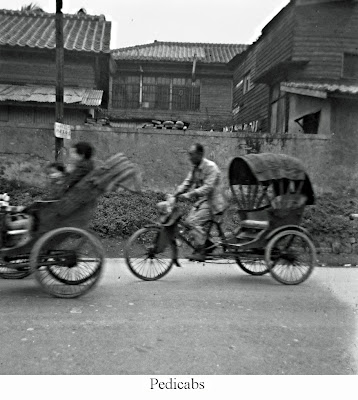 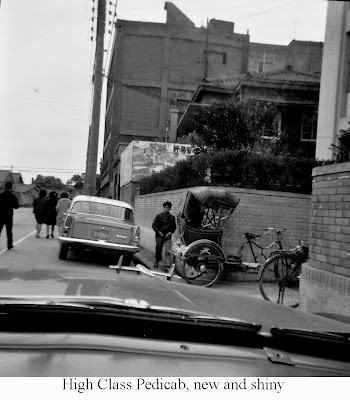 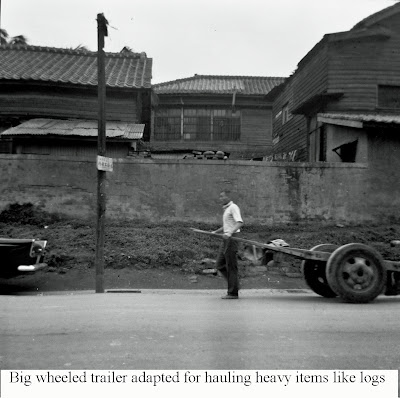 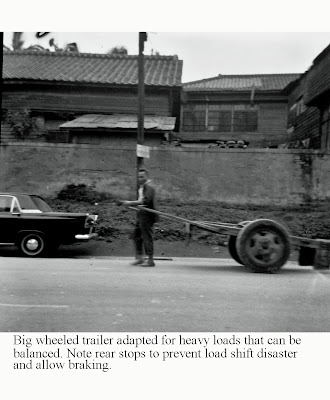 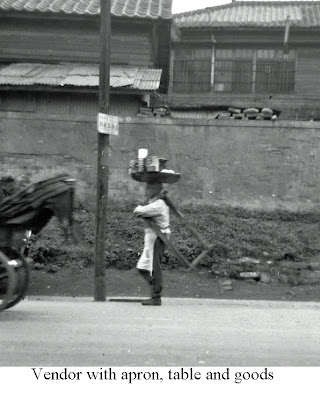 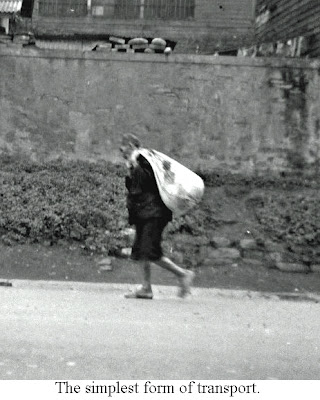 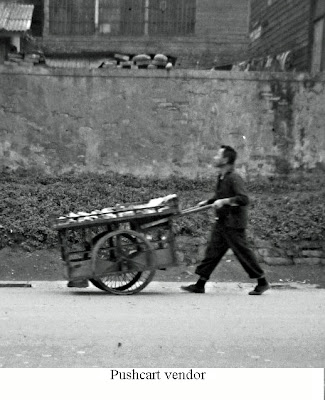 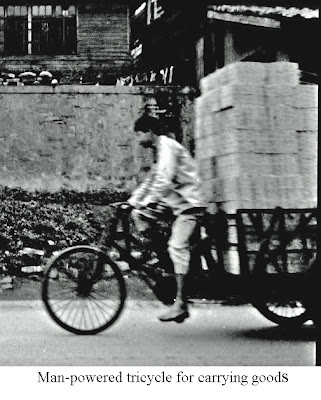 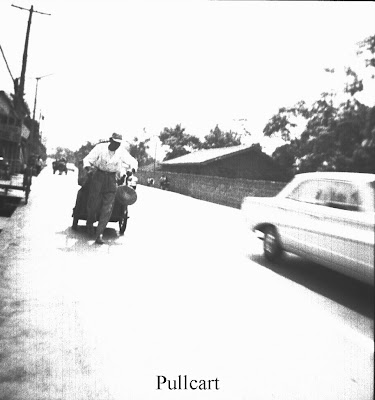 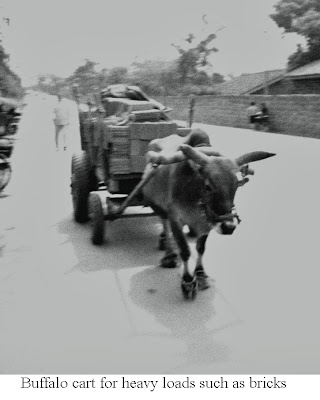 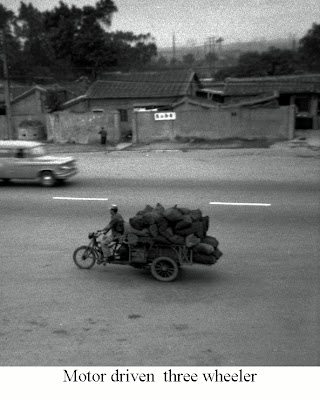 And the septic tank guys had a pole over the shoulders with a bucket on each side!

http://bikesmiling.blogspot.com/2008/09/5060.html
http://km.cca.gov.tw/myphoto/show.asp?categoryid=83
The City Government of Taipei began cutting down the number of pedicabs in the early 1960s. The pedicab was entirely banned in Taipei in 1968.

@Anonym0us-We referred to those as "the honey pots."
Remember: "poo poo make prant glow."
(with apologies to Harvey Ward)

In last photo we can see a motor tricycle and a van running on left side of the road.

Since Taiwan is a right-driving country I think this slide of photo must be shown in a reverse way.

Pedicabs were banned in Taipei sometime in 1967 or early 1968. There were still quite as few of them around when I arrived in 67 but they were all gone by the time I departed in July 68.